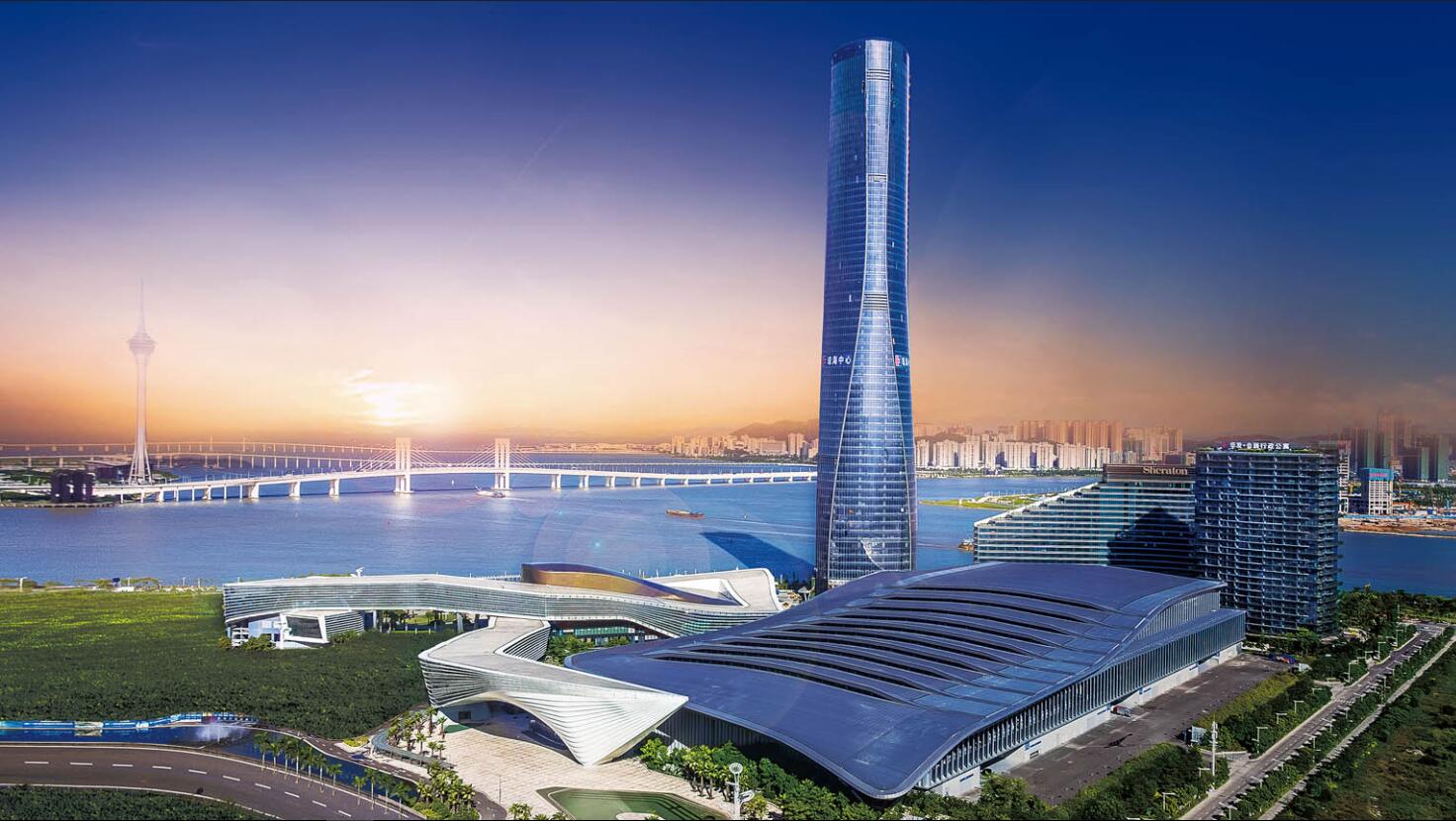 Zhuhai International Convention and Exhibition Center is located in Wanzai District of Zhuhai Shizimen Central Business District, it occupies 269,000㎡, the net exhibition area of the project’s first phase is 33,000㎡, which including the area of indoor exhibition: 30,000㎡,it’s available to provide 1600 international-standard exhibition booths; above the ground, the convention center’s total construction area is approximately 34,000㎡, it’s equipped with column-free ballroom which is occupied with 4500㎡ area, 45 multi-functional halls and 4000㎡ area of professional banquet kitchen, it is capable to offer high-standard banquet service to over ten thousand people simultaneously.

Zhuhai International Convention and Exhibition Center has been formally put into operation since October,2014,and it has already successfully introduced many biggest exhibitions, such as the largest printing supplies exhibition in the world: Remaxasia Expo, Wal-mart’s Annual Conference in China which owns the scale over ten thousand people, and the Annual Conference of Chinese Medical Association’s Kidney Academic Branch which has the largest scale and the highest level in the academic area and so on. And it also becomes the only convention and exhibition venue in China which simultaneously possesses food safety management system and quality management system authentication of ISO22000、ISO9001、HACCP. In the meanwhile, Zhuhai International Convention and Exhibition Center has formally joined the Union of International Fairs (UFI) in July 2014, it formally joined the top list of international convention and exhibition venues.